It’s not simply about a Basketball Champions League playoffs berth for ERA Nymburk and Vojtech Hruban.

No secrets come in play when gazing at ERA Nymburk. Basketball Champions League regular, NBL champion every single year since the 2003-04 season and plenty of Czech Republic national team players in the squad. The biggest challenge is to make the next BCL step. The 6-2 W-L Regular Season tally so far can go a long way for an extended run in spring.

Marked the sixth win on Tuesday at the expense of Brose Bamberg. Freak City is not the easiest venue for any visiting side, but Vojtech Hruban and company overcame the passionate Brose Arena crowd for the crucial victory, even came back from double-digit holes twice in the exciting Gameday 8 tilt. The 30-year-old forward put his stamp on the “W” with a dunk at the buzzer adding on his game-high 20 points.

“It was a very important win for us,” Hruban pointed out to Eurohoops following the contest and admitted enjoying the closing dunk, “Silencing the crowd was a good ending to the game, but the dunk didn’t influence the outcome. We had already won. It was good to let emotions go though.”

Averaging 12.9 points, 3.5 rebounds, 2.5 assists, 0.9 steals and 0.9 blocks, the well-experienced forward provides a massive boost in various details of the game for his team he joined in 2012. Sitting at 6-2 is currently enough for second place in Group C. With six games to go, home-court advantage in the playoffs seems to be the goal, undoubtedly the key for the longevity of the Czech Republic champs’ campaign, Hruban concurs.

“Home-court advantage will be super important this year,” he noted, “The system has changed. It used to be only two games. Now it’s two wins to advance in the playoffs. Finishing in the top two spots of each group is much more important.”

The top two seeded teams of each group will have the upper hand in the Round of 16 best-of-three series. The implemented structure not only adjusts the postseason, but makes regular season positioning even more significant.

“So far it’s going pretty good, but we still have some tough games ahead of us,” adds Hruban, “There’s nothing certain at this point. We would really like to finish in the first two spots and enjoy the home advantage.”

Nymburk has already been in the playoffs twice, but suffered eliminations by the slimmest possible margin in both occasions. Against Dinamo Sassari in 2017, lost 94-72 in Italy and just missed the comeback with the 84-63 win at home. One single point was enough to prevent the team from advancing the following season as well with a 98-88 win over AEK in Greece followed by a heartbreaking 93-82 loss in the second half of the two-game series.

“We would like to finally get the better of our first round struggles” confesses Hruban, “We had some good seasons, but never made it past the first round due to some bad games and tough luck.” 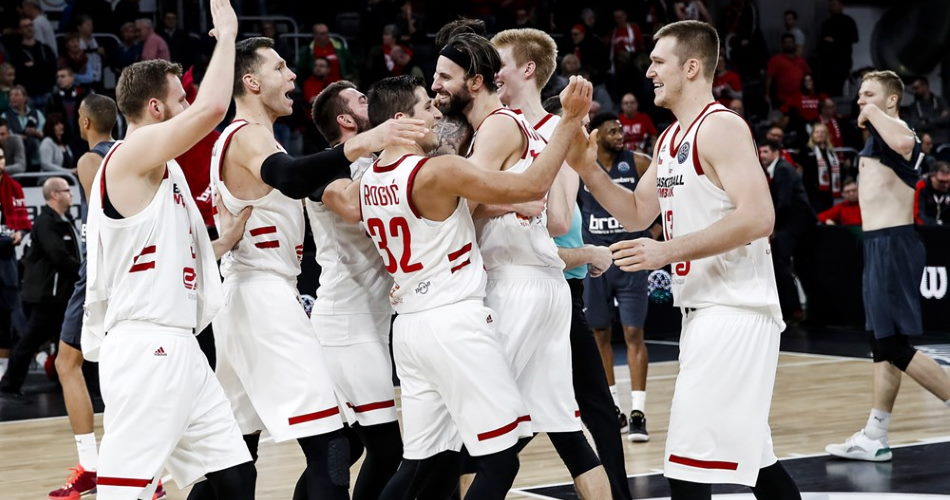 In spite of those eliminations, it’s been an exciting ride to say the least, possibly a sign for something special to come. “The ultimate goal is to qualify for the Final Four, but I think it’s a long shot right now” Hruban told Eurohoops, “We are focused on getting through to the playoffs from the best spot we can.”

Picking up from where Czech Republic national team left off in the 2019 FIBA World Cup is surely motivating. Several players of Oren Amiel’s squad made the trip to China in the summer. Hruban himself helped his national team progress to the quarterfinals with 11.4 points, 4.5 rebounds and 2 assists per appearance.

“We know each other in Nymburk for a long time. We are more than teammates, I think we are friends,” he mentioned, “That helps in certain situations, especially when there are a lot of games and a lot of traveling. We have each others backs. We spend a lot of time together. The environment is more like a family than a team.”