Derrick Williams elaborates on why he picked Fenerbahce Beko to further his career, Zeljko Obradovic’s impact on his decision.

Eight years apart from being picked in the 2nd spot of the NBA draft, Derrick Williams is gearing up for his second season in Europe. His FC Bayern Munich stint was certainly a success, Fenerbahce Beko is now ahead. In a lengthy interview, the 28-year-old American forward discussed joining the Turkish club with Eurohoops, Zeljko Obradovic, the NBA and possibly competing in Turkey’s dunking contest.

“It is not over,” he replied to a question on his NBA career after being picked 2nd out of Arizona in the 2011 draft, “A lot of people are quick to write players off when you do not do what they are projecting you to do. It makes you work that much harder. I am not necessarily here to prove anybody wrong. That is not why I play basketball. I play basketball for myself, my family, my teammates, my current club.”

“Some people jump out fast, some slow”

“The NBA is the best league in the world, a great thing to be part of,” he admitted afterward, “You can’t really stress on it. People want you to average 20 points and 15 rebounds. Whatever it is, it just did not happen at the time. At the end of the day, I was just 20 years old. Not everybody is going to get it at 20. Some people are going to jump out fast, some slow.”

“The year before I went to China. I had my reasons. I waited on my free agency and then I went to China” remembered Williams on his 2017-18 CBA campaign. “I just wanted to play basketball. I did not want to have my career on the hands of other people waiting for the NBA. That year I waited for too long. The options I had in Europe were not what I wanted. I settled for China.”

“Last summer I knew I wanted to play basketball at a high level if it was not the NBA the best option would be EuroLeague.” he continued, “The team happened to be Bayern. I knew them obviously from being a football club. I knew they were a young team and that I could help, showcase what I can do and help this team win as well. A lot of people thought I could have gone back to the NBA this year and I could have, but the options were not what I wanted. That is how I kept control of my career.”

“This is the best place for my career”

“If I was younger, I would have settled for anything” Williams confessed and furthered, “Now getting a little bit older, I felt like this is the best place for my career and to make that next jump. If I go back to the NBA, I want to be even more ready then I was before.”

“Everybody is different. It could take one play, a couple of games or a couple of weeks to adjust. Sometimes it takes people a whole year” mentioned Williams on adapting to European basketball, “You have to give players the chance to prove themselves.”

“I changed my mindset”

“That was a great play, but I actually struggled in that game,” he said looking back on his first dunk in his first taste of action with Bayern, “It took me two more games after that to adjust to the physicality, to stop expecting calls. Players coming from the NBA have to get used to that. I changed my mindset from looking for the call to making them make calls for me. Being aggressive, always in attack mode.”

“That route is how you earn the respect from the referees” added Williams. “I learned that if I want to get the calls, I have to go aggressive. It is a different mindset from American basketball to European.” 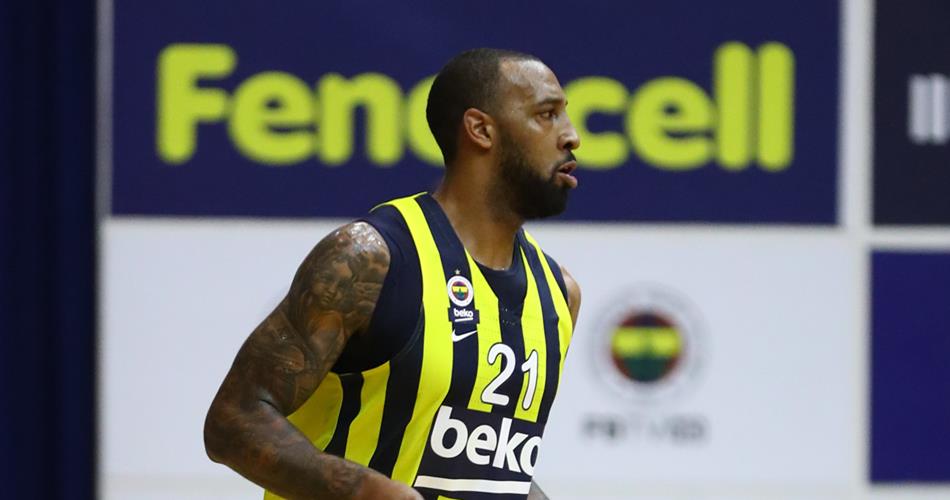 “Obradovic knows what he is doing”

“I had different options this season including the NBA, China, other European teams from Russia, Turkey, Italy and obviously Bayern again,” he said on his latest free agency, “That is what I wanted to accomplish with Bayern last year. I wanted to help the team and showcase what I can do. If I did both I would have the options to be wherever I wanted to be.”

“The reason I came here is because of coach Obradovic” he underlined on picking Fenerbahce, “He knows what he is doing. His background with nine EuroLeague titles speaks for itself. People can win at one spot. You build a team and you win, you’re OK. But when you go to another team and win again, you’re even better.”

“It is the detail he brings every single day in practice, what he can get out of every single player. That is what I want” he mentioned furthering on the 59-year-old Serbian head coach, “It is for the next jump, keep improving your game, keep getting better as a basketball player, not only physically, but also mentally. Being able to adjust.”

“This is the best team in Europe”

“This is the best team in Europe,” said the veteran of 436 NBA contests on Fenerbahce, “We filled out our roster from top to bottom. I do not think any other team in Europe can play the way can play if we are healthy. We still have guys missing from the World Cup, some are injured, but you can tell the difference in practice every day, it is just a different mentality.”

“Some people can handle it or they can’t” he added on Obradovic’s everyday approach, “Sometimes corrective criticism helps players sometimes it does not. I am the type of player that makes me even more focused. If the coach is on one of your best players every single day, then everybody falls in line. He yells at everybody, he treats everyone the same. That is what you want to have as a player. That is the reason I wanted to come here.”

“I remember the fans getting behind the team”

“I looked at different rosters in different teams” he revealed looking back on his summer options, “You have Nicolo Melli moving to the NBA and I thought there is a spot in a great team I can play. This team would only help me in the direction I want to go.”

“The fans, interaction every single day, you can see online, it is crazy” he took out on his new sides fan base, “The only other teams with such interaction in the whole world are the Warriors and the Lakers because of LeBron. That is what you want as a player from the fans.”

“When I came here with Bayern we controlled the game for a good amount. They are a great team. They figured it out and ended up beating us” Williams noted on his first visiting experience facing Fener, “I remember the fans getting behind the team. If you put in the effort, people are going to love you. I want to bring effort, efficiency, energy. It goes full circle with the crowd, teammates, coaches, everybody feeds off of that.”

“That mid-range game was missing”

“A lot of people know that I want to take it to the basket or attempt spot threes” he acknowledged on his style of play, “I don’t want to overdo it. Earlier in my career, I listened to people saying I had to work on this or that. You don’t necessarily need to listen to what people are telling you to do.”

“I wanted to work this summer in the mid-range area” he revealed explaining, “That mid-range game was missing from me. If you have a guy like Rudy Gobert in the paint and you are going in the paint, he is always going to alter your shot. I wanted to be able to stop and hit the little bank shots instead of trying to get to the basket every time. It brings the defense out when they are not expecting it.”

“When you get 27, 28 or 29, those are good years for basketball players” he pointed out on the current stage of his career. “You mature, your mentality is much different, you know how to take care of your body better, the ins and outs of the game, all those get a complete basketball player. I feel healthy and ready to go for this season. You can only go up from there.” 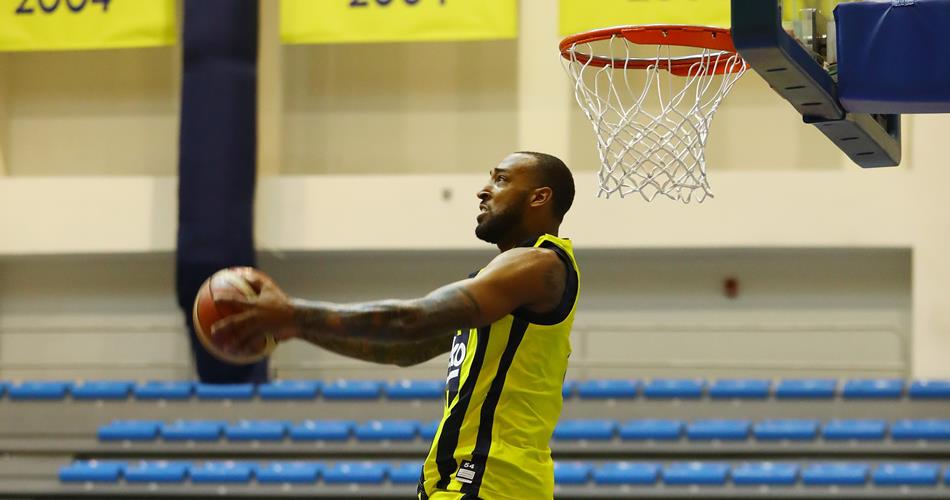 “You see a lot of people coming to Europe this year especially because at the end of the day people know their value” commented Williams on the crazy EuroLeague offseason, “I learned that last year. I wasn’t going to wait. I don’t play basketball just to be in the NBA. People don’t want to just play whenever they get the chance. They don’t like that feeling. They know that they can showcase their talent even more.”

“That is one reason why I came here” he added on players moving from Fenerbahce to the NBA in recent years, “Last year with Bayern, it was the only year the NBA was not on my mind. I was focusing on the present, my teammates and helping the team in that current time. My personal goal is the NBA. That is what I dream about since I was a little kid.”

“There is a reason players come here”

“There is a reason players come here. They want to play for a great coach, a great organization, great fans” he added answering on former Fener members attracting NBA interest, “You can ask Melli the same question. I don’t know him personally, but if you asked him if he would be in the NBA playing for any other team he would probably say no. You come here, you produce, you play well, you help your team win, you have a better chance to make it back to the NBA. I want to win the EuroLeague title and if it happens it happens. It can only get better from here.”

“I thought Kawhi was going to the Lakers”

“Kawhi Leonard moving to the Clippers was kind of shocking,” he said rounding up the NBA summer moves, “He is from Los Angeles, we came out the same year from the draft. I personally thought he was going to the Lakers.”

“To me LeBron is the best player to ever play the game, a complete player. I played with him, but I believe the Lakers are feeding of the last 20 or 25 years” added Williams, “There is another team in Los Angeles. Sometimes it is about the present. Kawhi is in control of his own destiny. Winning the Finals MVP with two different teams gives you the right to choose where you want to go.”

“I would like to participate in the dunk contest”

“My favorite play is an alley-oop” he replied on his preferred on-court actions and gave his reason, “Not only for myself. People want to see excitement. We are athletes, but also entertainers. People want to see a show. My second favorite is probably a block. I don’t get tons of blocks. People might think I like dunks, but I prefer blocks.”

“A lot of people wanted me to do the dunk contest in Germany” he remembered looking back on his easyCredit BBL tenure and opened himself for consideration prior to the Super Ligi dunking contest, “I would like to. If everything goes right, I’ll do it. It would be great. I will do a fan vote on Twitter to see what they think about it.”

And here’s Derrick Williams idea about fixing the Team USA