Paris Lee: A young leader of a young squad

Paris Lee took on the role of a young leader for a young Telenet Giants Antwerp squad and it has been working out great for them so far in Basketball Champions League.

Telenet Giants Antwerp currently hold the fourth spot in the Basketball Champions League Group C with a 5-4 record and are on a very good path to the Round 16. The Giants are one of the youngest squads in the competition as their 16-man roster is 22 years old on average, and their leaders are the 23-year-olds Paris Lee and Jae’Sean Tate.

Lee has not only led the team with 13.7 points but also with 6.2 assists and 1.7 steals per game, both ranked seventh in BCL this season. On Gameday 9, against Fuenlabrada, he played the best game of his career nailing 27 points while shooting 7/9 from deep. He also added ten assists on his way to the index rating of 35 as well as Team of the Week and MVP honors.

We’ve already traveled down Tate’s one of a kind journey and now it’s time to take a look at Lee’s background. 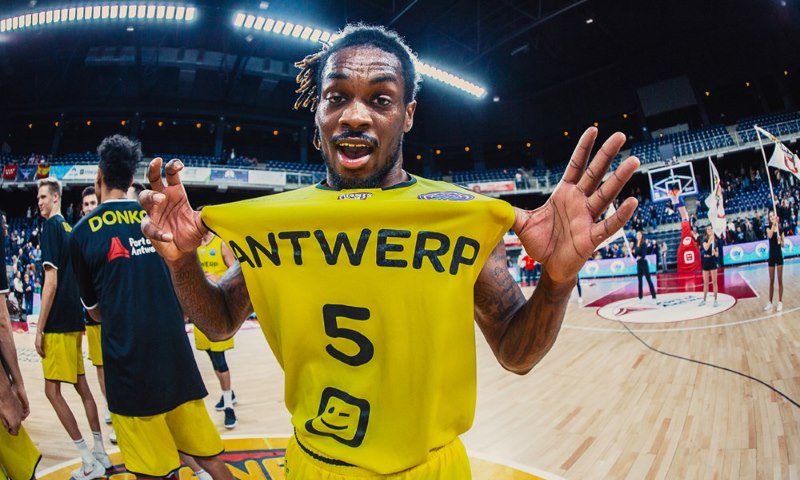 After graduating from Proviso East High School, Paris Lee joined the Illinois State and their ‘Redbirds’ basketball team. Lee grabbed a spot in the starting lineup right away and was steadily taking over the leading role. Lee’s overall stats were relatively average (13 points, five rebounds, 3.6 assists – senior year)… except for the steals. His ability to read opponent’s intention and react decisively earned him a place in the MVC All-Defensive Team three times (2015–2017). In his senior year, Lee was named both the MVC Defensive Player of the Year and the MVC Player of the Year as he led the Redbirds to a 28-7 record.

He registered 248 steals in total throughout his four years as a Redbird setting the school record and becoming the second player in Redbird history to earn 1,000 points, 400 assists, and 200 steals.  One of his best games in the Redbird jersey was against Saint Joseph’s Hawks when he nailed 24 points, four assists, and rebounds while shooting 4/6 from deep. Of course, he added three steals on top of all that.

Finally, it was time to go pro but it didn’t go as well as Lee hoped. He wasn’t selected in the 2017 NBA Draft and couldn’t find a spot in a Summer League team: “I got down, I got real down when I didn’t get drafted and didn’t get picked up for summer league cause I felt like I definitely could compete with the majority of guys out there playing Summer League”, he said on an occasion.

However, Lee surrounded himself with people who believe in him – at the Illinois State – and got back up on his feet through constant practice. At last, a path showed up and it led to the Telenet Giants Antwerp, his current club. Lee quickly adapted to the new surroundings and his good performances in the BCL Qualifiers earned him an extension until 2020. He justified that trust with a strong season and, unlike in his college days, Lee made it into the first-ever Belgian League All-Offensive Team this time around.

Everything went according to plan and Antwerp and Lee stuck together for this ongoing season, and it seems as tough, they are a match made in heaven.