Luka Doncic became the youngest player to combine a triple-double with scoring 40 points after Lebron James and the latter thought of reminding everyone a recent compliment he gave to the Slovenian star.

James posted an Instagram story with a picture of Doncic and him from his early days with the Cleveland Cavaliers (when he notched the 40-point triple-double and wrote: “He’s one BAD MOFO (motherf–ker)”. I tried to tell y’all.” 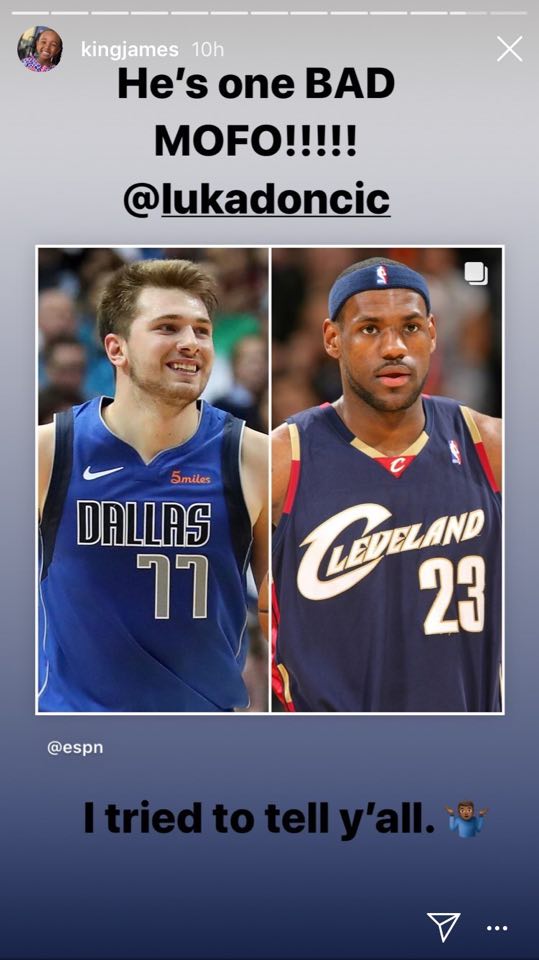 James had told Doncic “You’re a bad motherf—ker” following the recent game between the Los Angeles Lakers and the Dallas Mavericks.

Doncic scored 42 points, grabbed 11 rebounds and dished out 12 assists in the Mavericks‘ 117 – 110 win over the San Antonio Spurs. He and Lebron are the only players under 21 with a 42-point triple-double.

With this kind of performance, Doncic has already made a legitimate case even for being an MVP candidate. He is the leader of the league with six triple-doubles in 13 games this season and he is also part of the Top10 in points, rebounds, and assists.