After Tel Aviv and Istanbul, EuroLeague Academy with the help of Theo Papaloukas and Dimitris Diamantidis will kick off a youth tournament at Eurohoops Dome in Greece. Eight school teams will be split into two groups and compete for a spot in the EuroLeague Academy Tournament Final Four Athens, a two-day event to be held on 21st and 23rd May.

The press release by EuroLeague is as follows:

The EuroLeague Academy has landed in Greece, with the latest stage of this new continent-wide youth basketball tournament being launched with the backing of Euroleague Basketball Legends Dimitris Diamantidis and Theo Papaloukas.

EuroLeague Academy, the grassroots brand of Euroleague Basketball, is focused on the development of youth tournaments across the continent. It was launched earlier this month in Tel Aviv and Istanbul, and another event will be staged in Vitoria-Gasteiz during the Turkish Airlines EuroLeague Final Four.

The aim of the project is to engage boys and girls in the regular competitive practice of basketball, as well as promoting the life skills integral to sport by harnessing the power of EuroLeague players, coaches and ambassadors, who are supporting the tournaments.

The tournament in Greece is being contested by eight school teams of children born in 2007 or later, with all teams containing both boys and girls. An initial group phase divides the teams into groups of four in a single-game round-robin format. The top two from each group will advance to the EuroLeague Academy Tournament Final Four Athens, a two-day event to be held on 21st and 23rd May.

All games are being played at the Eurohoops Dome in Kifisia, just outside Athens, and Group A’s games started on Wednesday with Group B following suit on Thursday. The following local schools are taking part:

The young players received a special motivation at the start of the tournament, with very special guests Diamantidis and Papaloukas coming along to get the event off to a flying start.

Diamantidis, who attended Group A’s opening games, said: “I really enjoyed watching the girls and boys playing basketball and wearing the EuroLeague Academy jerseys. We want to see kids of that age smiling and enjoying every moment of their lives, and we are happy to give them the chance to do that through the EuroLeague Academy.”

Games in Group B were watched by Papaloukas, who added: “I am very happy with the Euroleague Academy launch. I like the project very much and support it because I believe that through these kind of activities the kids are getting more familiar with basketball and the EuroLeague. My advice to the kids is to have fun and enjoy basketball.” 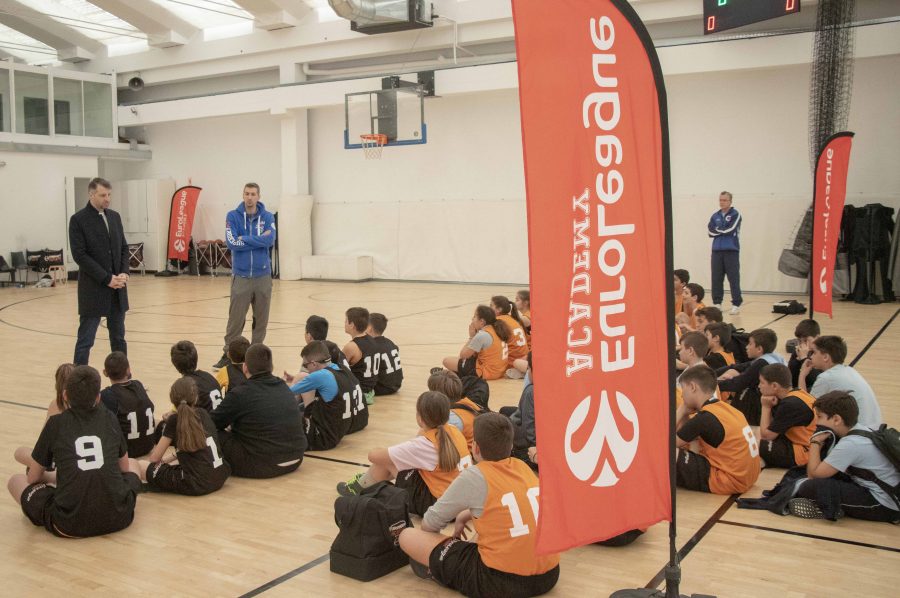